Top
Always believe something beautiful is about to happen ♡ 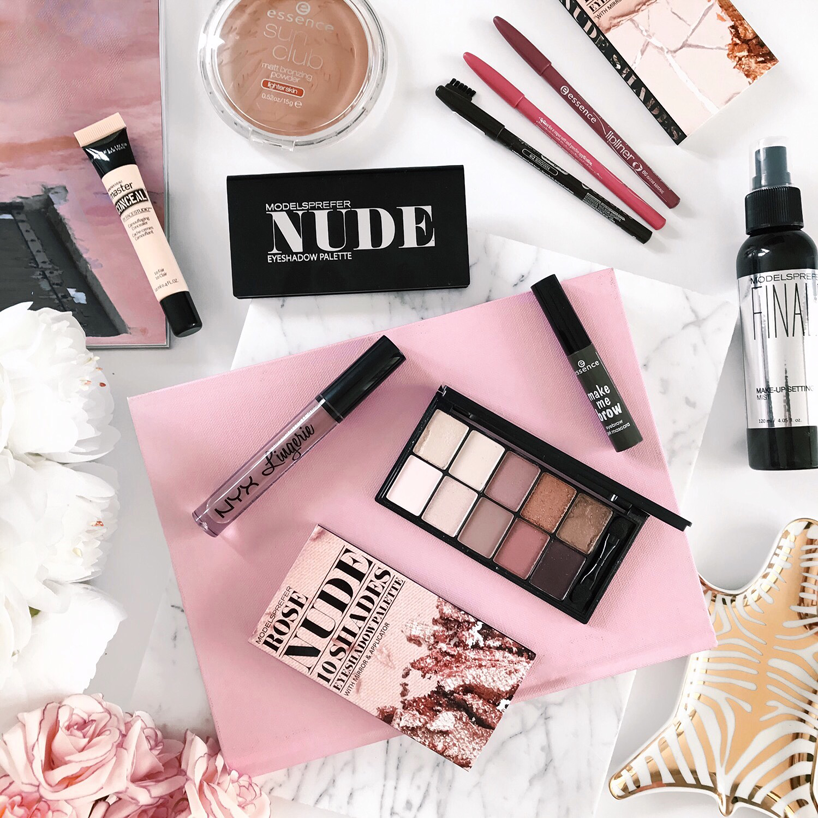 I’m a little late getting this post up but thought I’d do it anyway 🙂 A couple of weeks ago, Priceline had their 40% off cosmetics sale and for once in my life, I made it there. I gave myself a $50 budget and actually found quite a few good makeup bits. Here’s what I bought!
Models Prefer Finale Makeup Setting Mist

I haven’t had a setting mist in quite a while, so thought it was time to add a new one to my makeup collection. This one by Models Prefer is incredibly refreshing and smells really good as well! It feels like it sets my makeup in place and I can imagine, with the amount of product in it, that it’s going to last me a while. 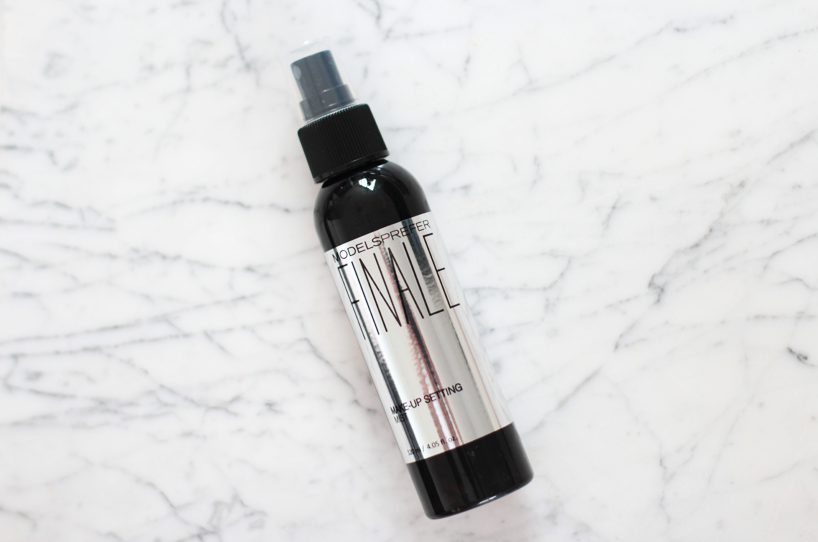 Maybelline Master Conceal ’10 Fair’
I went in hoping to get Maybelline’s Age Rewind in the lightest shade, but they always seem to be sold out of that one. So instead, I went for the Master Conceal. I’d heard great things about this concealer, and it does live up to my expectations. Medium to full coverage, nice and brightening, smooth consistency and easy to blend out with your finger. I find most drugstore concealers to be not as light as I’d hope, but this one actually stands out on fair skin. 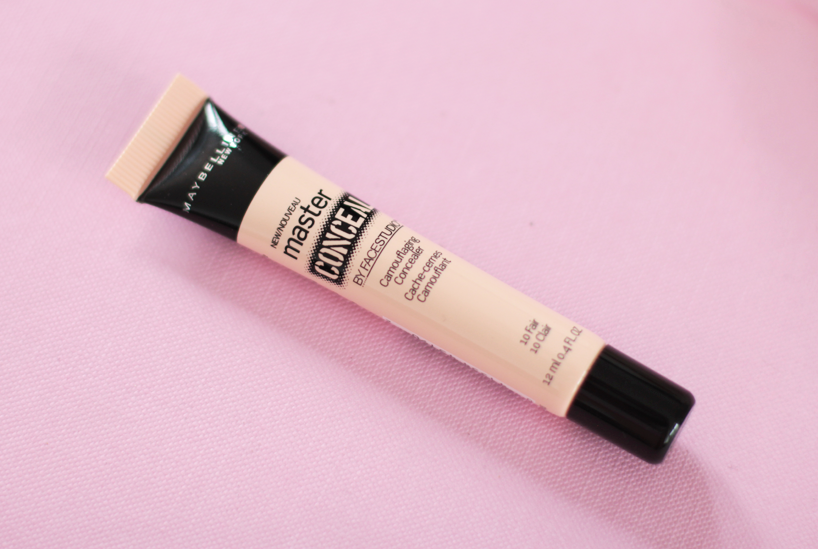 Essence Sun Club Bronzer ‘Lighter Skin’
Finally I bought a new big pan bronzer. I decided to go for the Essence Sun Club in their ‘lighter skin’ version, as I only like to add the smallest amount of warmth to the outsides of my face. This colour works well on my skin, I just have a little bit of an issue with the scent! It’s not a bad smell, but I’d prefer it wasn’t scented alltogether. 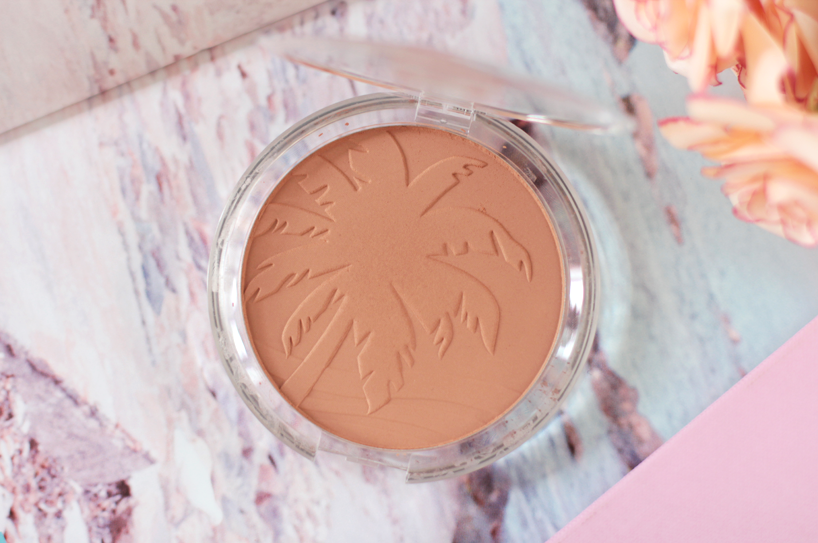 Models Prefer Eyeshadow Palette ‘Nude’ + ‘Rose Nude’
The whole reason I went into Priceline was because I wanted to try the Models Prefer palette in ‘Rose Nude’. I’d seen someones picture of it on Instagram and the shades looked too pretty not to try. I actually really like it! It’s not the most pigmented palette, and it does have a little bit of fall out, but you get what you pay for ($7 on sale). It has three pretty matte shades and the rest are shimmers. The coppery shimmer doesn’t stick to the eyelid as much as I’d like, so it needs to be packed on a few times for it to show up. The mattes work really well though, along with the darker plum shades. Unfortunately my ‘Rose Nude’ one had a broken eyeshadow when I bought it, but as it was the only one left in stock I kept it anyway 🙂 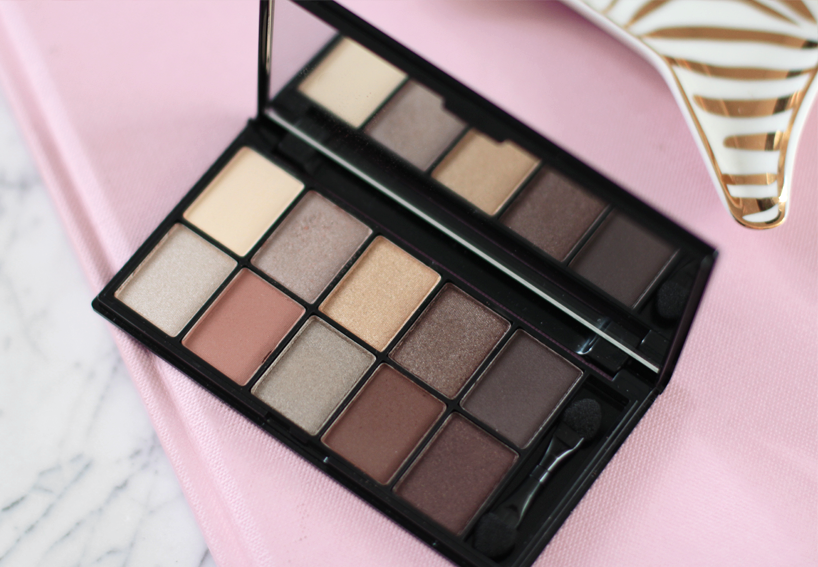 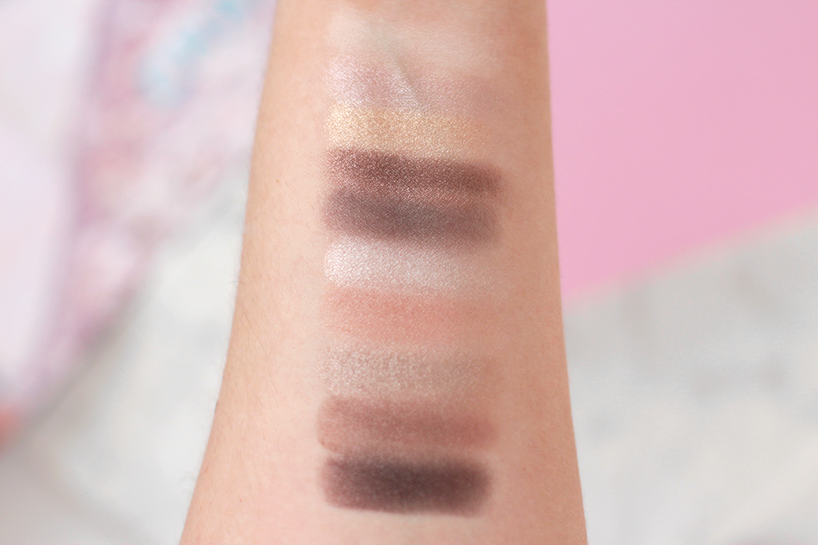 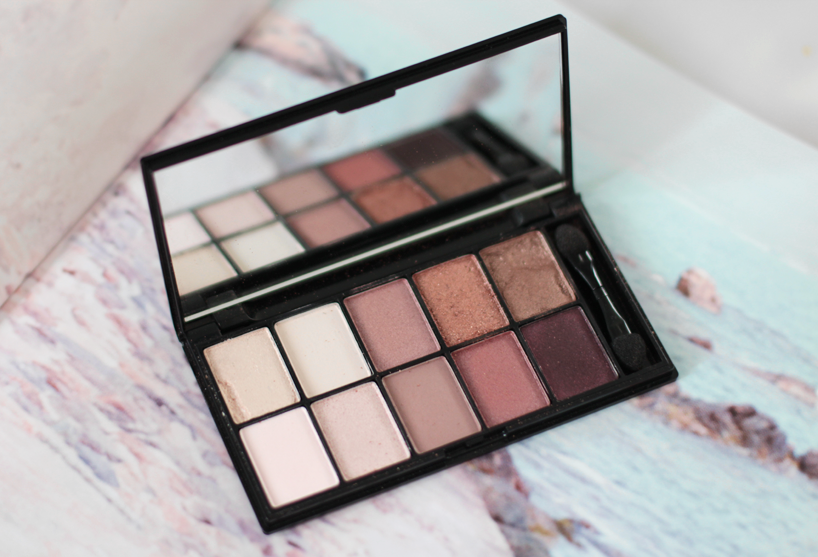 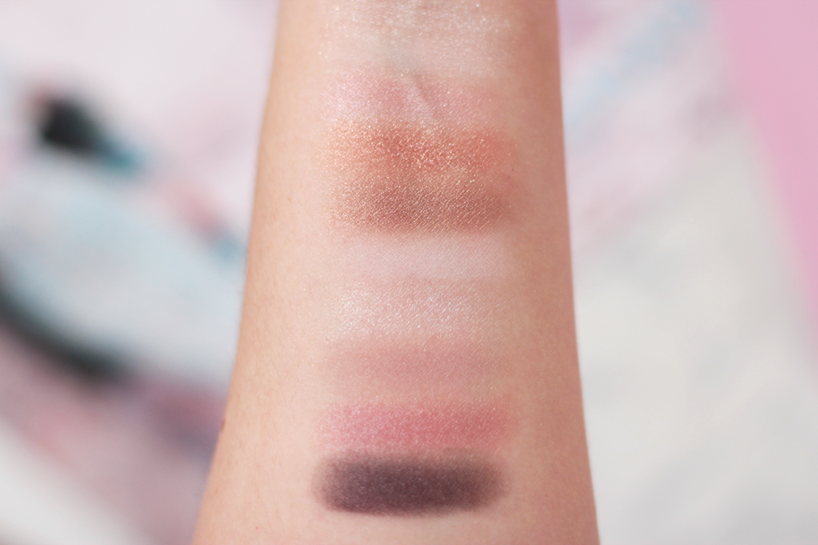 Essence Eyebrow Designer ‘Brown’
I have been using this brow pencil like crazy. I don’t know why I’ve never owned one before, I’ve always used a brow powder instead. A pencil is so much faster and it looks more realistic on my eyebrows as well. The colour of this Essence pencil works really well with my hair colour – it’s right inbetween a warm brown and cool brown. It’s smudgy enough that you can blend out the front of the brow easily, it also doesn’t leave any harsh lines.
Essence Lip Liner ‘Satin Mauve’ + ‘Wish Me A Rose’
I probably didn’t need any new lip liners at all, but I decided to grab a couple anyway as they were only $1. There’s nothing too special about these, they’re just your average liners. I prefer the darker shade called Satin Mauve out of the two. The other one is way too pink for me. 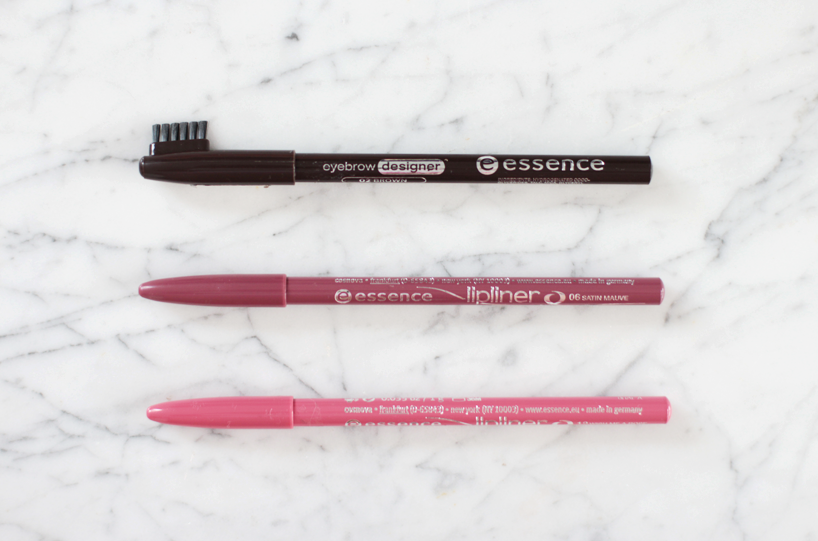 Essence Make Me Brow ‘Browny Brows’
Another little brow product I’ve become obsessed with… this makes my brows look so neat! I’ve only ever tried a clear brow gel previously, so it was interesting to see how much of a difference a coloured brow mascara makes. I love the tiny wand on this one, it makes it easy to brush the hairs into place without getting product anywhere else. 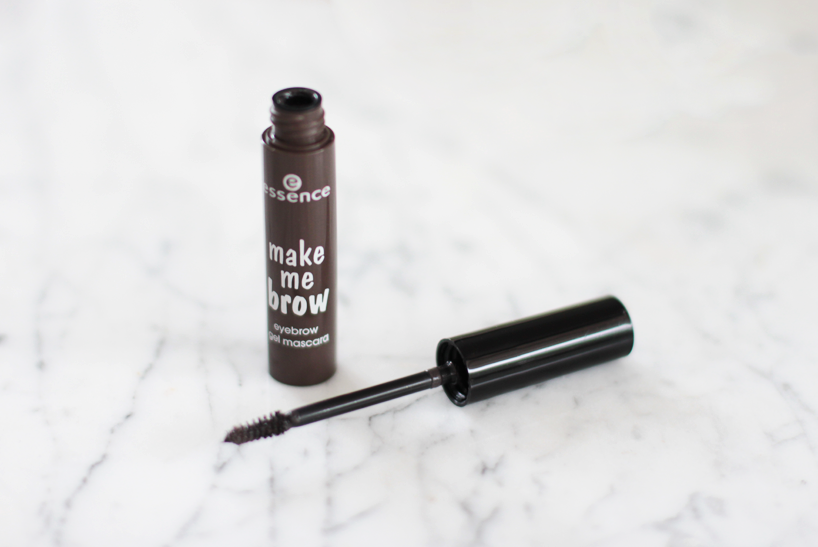 NYX Lip Lingerie ‘Embellishment’
This colour is incredible! I watched so many swatch videos on these NYX liquid lipsticks, but I was never too sure of the shades available. None of them wowed me… the only one that seem to catch my eye was ‘Embellishment’. So I finally decided to try it out and see what the hype was about. I’m so happy I did because I LOVE it. The formula is a lot more comfortable than what I was expecting. It still has that slight dryness to it, but not enough that you wouldn’t be able to keep it on all day. 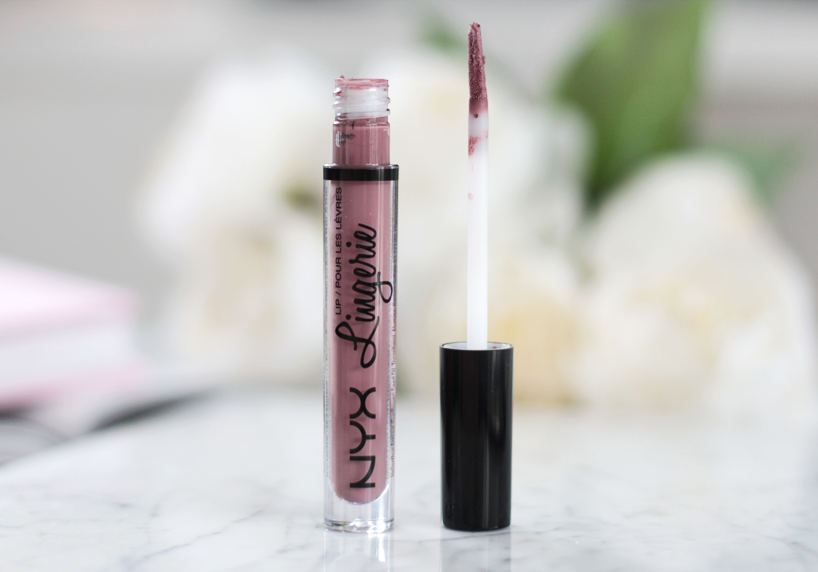 Did you happen to get anything at the sale? Any good things I should know about?

Feel free to say hi in the comments section below! I'd love to hear from you. 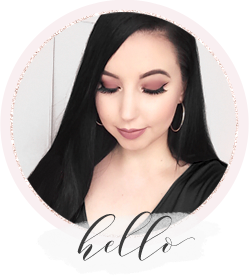 I’m Vanessa,
an Australian fashion, beauty and lifestyle blogger for the lovers of all things pretty. 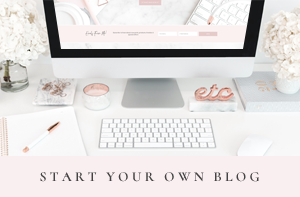 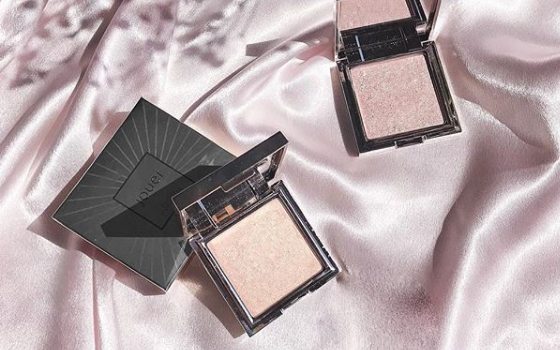 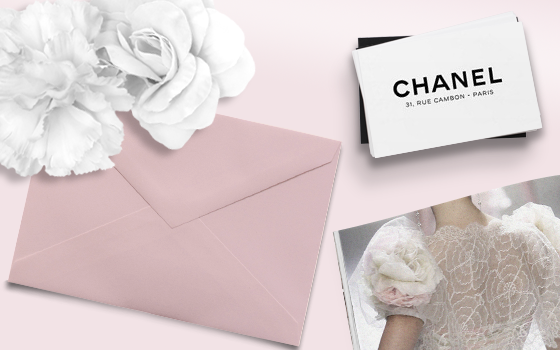 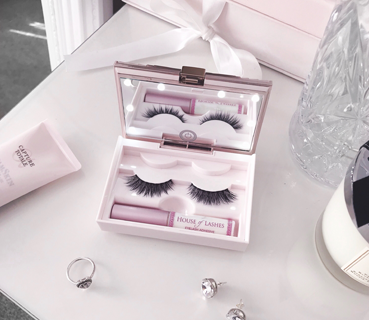 Been loving the Dior Lip Glow in matte pink lately